I checked in with Jason Goepfert to see what the sentiment data is showing about the recent stall in the market, and as usual he had some interesting data to share.

Goepfert, who runs Sundial Capital, reports that for the first time since last June, an extreme in the outlook between Smart Money and Dumb Money traders has emerged. Both terms are flippant labels for indicators that tend to show traders with extremely low stock exposure (“smart money”) or high stocks exposure (“dumb money”) near market peaks.

Goepfert admits that the names can be confusing because the majority of the time, during the bulk of a trend, the dumb money is on the trending side of the market while smart money traders are building hedges.

Regardless, what we’re seeing now, he says, is a stark divergence between the two groups. Smart money indicators have dropped to a level that shows they are holding low exposure to stocks, while dumb money indicators are at multiyear or all-time highs. 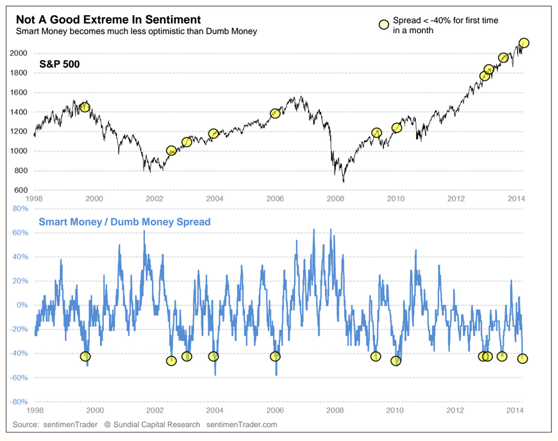 The chart above shows each time that the spread between the two reached -40% since 1999. What sticks out right away is that the returns in the S&P 500 going forward weren’t bad. But what’s lost in that is the element of risk – at least for late short- to intermediate-term buyers who are considering buying after most of the gains have already been had, according to Goepfert.

Only one time (November 2013) did we see the spread reach this kind of extreme, and stocks subsequently rose uninterrupted in the months ahead, the analyst notes. Other than that, further short-term gains tended to be erased during a subsequent pullback. 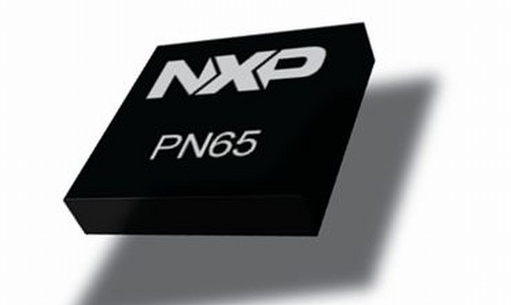