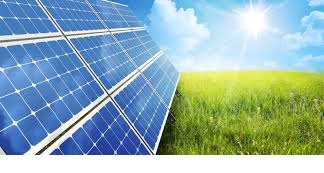 If capitalism were a predator, its favorite prey would have to be lazy monopolists. Just think of the way cell phones have undermined the telephone companies. Or the way Netflix or HBO Now and other internet streaming services threaten satellite TV providers just as they threatened the cable companies.

There’s a special satisfaction in sticking it to an industry that thinks it’s above competition.

Now, the focus is turning to power companies. When you hook up to the grid, you don’t have a choice: You accept the meter box and the rates your electric provider offers, putting your trust in the work of state regulators to ensure a fair price and quality service.

Thanks to the efforts of solar power companies, many of which are based in communist China and enjoy state subsidies (there’s some irony in this), now homeowners in sunny locales have a choice: They can mount photovoltaic panels on their roof and sell power back to their utility — capturing an energy arbitrage and cutting their power bill whilst cutting their carbon footprint.

The push is so strong that Reuters recently predicted that in 10 years solar will be the largest source of energy on the planet. That is why solar energy is one of the megatrends for tech that we have identified for Tech Trend Trader members.

That brings us to today’s New Hotshot, SolarCity (SCTY), a company that helps facilitate this choice. It allows homeowners to lease the cost of solar panels and installations, stretching the payments out over time so that folks are putting cash in their pocket each month by putting power back onto the mains.

The company is one of the largest residential solar installers in the U.S. and traces its roots to an idea from Elon Musk of SpaceX and Tesla Motors (TSLA) fame passed along to his cousins. Musk remains company chairman.

The market is large. The residential utility rates in the company’s top markets (including California, Texas, and New York) have more than doubled over the last 20 years. Yet photovoltaic panel prices were 472 percent higher in 2006 than they were when the company came public in 2012. They’re even cheaper now.

Overall, the Energy Information Agency estimated that total sales of retail electricity in the U.S. was $368 billion. Of this total, $58 billion was sold at or above the blended per kilowatt hour rate of 15 cents that SCTY offers. Prices are high in the markets SCTY is targeting, such as California, Hawaii, and New York where prices average 17.5, 33.3, and 19.3 cents per kilowatt-hour. You can check prices in your area here.

While quickly falling solar panel costs are a factor in this, so too is the company’s ability to attract a low cost of capital. By bundling the very steady lease payments of its customers, SCTY offers a steady, attractive source of yield income to investment funds and private investors. Infrastructure funds, which bear a similarity, have become popular in recent years since they represent a source of diversification with payments largely immune to the vagaries of the business cycle.

Our positive thesis got a lift from data released Friday by three large California utilities. This is important since, in the view of Credit Suisse analysts, California represents about half of the overall residential solar power market. The data, in their view, is supportive of a potential volume beat for SCTY when it reports first-quarter results on May 6.

Currently, SolarCity is guiding generation capacity to grow at a 77 percent annual rate in the first quarter. The beginning of the year is typically soft for new installations, but the California utility data showed a strong 12 percent quarter-over-quarter increase.

We are still in the very early innings of the solar story, with an adoption rate here in the U.S. of just 0.7 percent. At the same time, residential solar costs have fallen more than 40 percent in the past four years, making the option economic in no less than 32 states.

Like Tesla’s efforts to lower the price of its electric cars by getting into the battery building business, SCTY is also moving upstream in the supply chain after breaking ground in September on the largest U.S. factory of high efficiency solar modules. The site is set for completion in early 2016.

The end goal is to take utilities out of the equation entirely — avoiding their metering fees and demand charges — by integrating solar panels with battery storage and smart management systems. Omar Saadeh, a senior grid analyst at GTM Research, notes that mergers, acquisitions, and partnerships are on the rise in the home energy market as companies look to offer a holistic solution.

One that, in his reckoning, include “a very capable bundled SolarCity home offering, possibly including Tesla residential battery storage, Nest energy management, and solar generation — all under some sort of financing agreement.”

SCTY shares are trading at levels first hit in late 2013 and have been mired in a tight consolidation range since October. But a breakout looks likely as solar stocks in general start attracting serious attention from investors.

Remember, I am not making specific recommendations of allocation, buy price or target with the New Hotshots. I’m just spotlighting companies that can help you take advantage of the big themes at work in the world of technology today. However in a general sense, a move above resistance at $60, or back to base at around $47, would be reasonable places to buy.