Everybody in the world of finance has an opinion about when the Federal Reserve will start raising rates, and how swiftly rates will rise after that. But not all opinions are equally valuable. Indeed, there are very few that we should really heed.

One person whose opinion deserves to be at the forefront of our thinking is a former Fed insider named Athanasios Orphanides. Currently a professor of global economics and management at MIT, he was head of the Central Bank of Cyprus for five years, ending in 2012, but started his career as an economist in the Federal Reserve's monetary policy division and later became senior adviser to its board.

Orphanides is believed to be the only person who has attended both Fed monetary policy meetings as well as European Central Bank governing council meetings. He's an insider's insider, and now he is teaching at the same school that produced such central banking luminaries as Ben Bernanke, Mario Draghi and Stanley Fischer.

Bottom line is that when he offers a point of view, it is based on intimate knowledge of the institutions' processes and ways of thinking.

Marketwatch senior economics reporter Greg Robb interviewed him this week to learn why the Fed has been reluctant to raise rates. He also learned why it is already behind the curve, and will likely raise faster than most observers currently expect.

The following is a direct reproduction of an excerpt of the Robb-Orphanides interview, though I added some boldface in the last answer to draw your attention to the key point. This point of view helps explain why the market has been so flat this year; it seems they really fear the rapid lifting of the Fed's target for interest rates.

MarketWatch: Your academic career has focused on how monetary policy is made in real time, can you explain that a bit.

Orphanides: "I started working on the difficulties associated with real time monetary-policy-making while I was at the Federal Reserve. I was one of the people who happened to be involved in policy rules work very early on, right after John Taylor’s famous rule came out and people started monitoring it. So it was in the process of trying to use monetary policy rules and try to identify how systematic policy can be formulated. I found it useful to try to do counterfactual historical experiments and I started asking questions such as “well, if we identify something that we believe today is a good framework, can we test whether this framework would have delivered good results had it been adopted in earlier episodes like the 1930s, 1960, 1970s, depending on the episode?” And to do that one needs to have detailed information about what is known and what is not known by the policymakers at the time when the decision is made. This is why being at the Federal Reserve was quite important because it allowed me to do this work. I had access to a lot of the information that was not that easy to get to for someone on the outside." 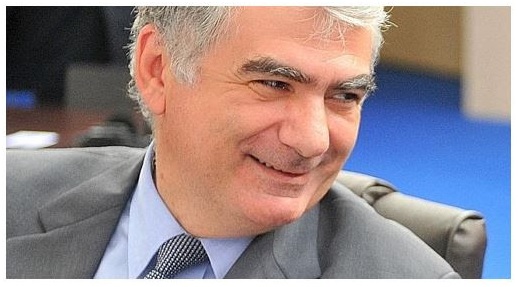 MarketWatch: And your research has led you to think the Fed is already late in raising interest rates?

Orphanides: "Let me mention why I am worried about the current cycle. Monetary policy operates with a substantial lag and it is very important to be preemptive in policy action. What this means is the Federal Reserve should try to steer policy towards what is normal, meaning not excessively accommodative and not excessively contractionary, before the economy actually reaches the state of full strength.

"In the current environment, since we are now a few years after the end of the recession, what this means is that policy should have started being normalized long before we reached the situation where the economy is almost at full strength. And this is what hasn’t happened this time. On this occasion what is the striking difference is that the Fed has not done anything to start the process of normalization yet, and, indeed, until last year it was injecting additional monetary policy accommodation in the economy and the economy has reached a situation where it is very close to its full strength.

"So we are in that sense behind the curve. Why do I stay that? In order to understand where we should be, we need to assess where we think a normal level of policy accommodation would be. In the current environment, if we take guidance from the FOMC’s own assessment, the FOMC is telling us they need to raise the federal funds rate by a few hundred basis points to reach what they consider to be an appropriate level for the long term.

"But what is missing from that is that, in addition to easing with interest rates in the current recessionary episode, the Fed has injected additional massive policy accommodation with quantitative easing. This will also have to be undone. And since the Fed has communicated that it does not intend to reduce the size of the balance sheet, interest rates will have to be raised even more than they would have to be raised in a normal recovery in order to normalize monetary policy. So the monetary policy tightening that needs to be engineered is quite substantial and this is why I believe they are already behind the curve."