With the U.S. presidential election in the home stretch, hyperbole about the decrepit state of manufacturing has reached a fevered pitch. With deserted, dilapidated factories as their backdrop, both candidates talk about closures and lost jobs. They promise to bring them back. They won’t.

The era of brigades of workers tightening bolts and forging steel passed long ago. Modern industry is about Big Data, analytics, new interfaces like augmented reality, and 3D printed prototyping and robotics. Consultants call it Industry 4.0 and it makes political speechmaking about globalization patently ridiculous.

You can’t blame politicians for trying. They are forever looking for easy fixes, trying to turn back time. Yet, as Binyamin Appelbaum writes in a recent New York Times Magazine article:

“In the years after World War II, factory work created a broadly shared prosperity that helped make the American middle class. … But the value of stuff made in America reached a record high in the first quarter of 2016, even after adjusting for inflation. The present moment, in other words, is the most productive in the nation’s history.”

That’s the hard truth. Businesses in the U.S. still make a lot of stuff. They just need far fewer people. And they will be further incentivized to cut payrolls as digitization and the Internet of Things reach scale. 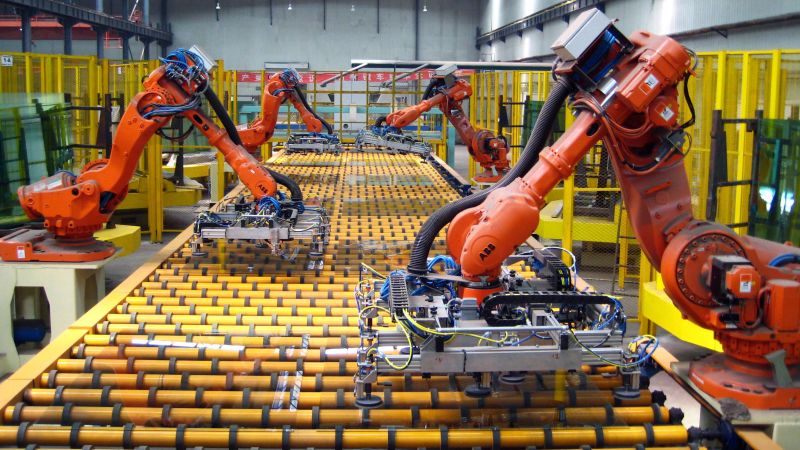 In 2012 Amazon (AMZN) bought a robotics company called Kiva Systems for $775 million. The online retailer now has 30,000 of the diminutive robot helpers roaming the floors of 13 warehouses. Costshave been cut by an average of 20%, or $22 million per location. Deutsche Bank analysts believe deployment across all 110 sites could lead to savings of $2.5 billion.

In 2015 Alcoa (AA) invested $60 million in a Pittsburgh 3D printing research facility to develop new metal fabrication processes for the labor intensive automotive and aerospace sectors. General Motors (GM) is using 3D printing for rapid prototyping to drastically reduce the time from the drawing board to market. Again, the goal is to reduce man-hour costs.

General Electric(GE) and Swiss automation giant ABB have made tremendous strides bringing big datapredicative analytics and cutting edge robotics to factory floors all over the world. The result has been better products and lower payrolls.

None of this truth will stop politicians from promising to bring back jobs already whisked away through digitization and automation. Republican nominee Donald J. Trump often claims he will bring iPhone factories to US shores. Perhaps he is unaware how few people those Chinese factories now employ, or more important, that in 2015, Apple’s domestic payroll was already over 66,000.

Stomping out globalization will not bring back manufacturing jobs. Most no longer exist. While that does not make for good soundbites, it is the basis of sound policy. I'll have some factory automation stocks for you to consider when they come into my buy zone later this year.