YouTube became a giant among its peers by blazing an uncharted path way back in 2005. But as the business has matured and become lucrative, convention is tugging it toward a traditional broadcast model.

YouTube was built through the course of 11 painstaking years. During that time its parent, Google (GOOG), spurned profitability as it made massive investments in hardware and computer science. It pioneered video compression and the advanced algorithms that learned references.

More than 1 billion users now frequent YouTube every month. They watch 4 billion videos every day. And advertisers are no longer looking at the medium as an experiment. Executives claim YouTube reaches more of the key 18- to 49-year-old demographic on mobile than the top ten TV shows combined.

Such claims would lead to broad disagreement among broadcast programmers, but ad brokers and advertisers are stepping up spending just the same.Interpublic Group (IPG) recently announced it was diverting $250 millionfrom TV advertising to the Google Preferred ad program. That’s about four times what it spent on the Preferred program last year. And big brands like Toyota Motor (TM) are making similar commitments as the marketing-and-research site eMarketer expects digital video-advertising to increase 28% in 2016 to $9.8 billion. 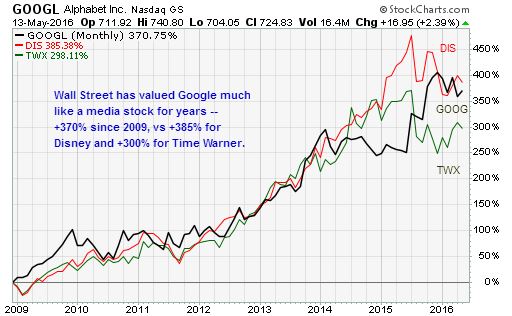 To build the business further, YouTube is being pulled away from its roots. It’s trying to bolster its advertising model with subscriptions . Last year it lunched YouTube Red, which bundles an ad-free version of the regular service, Google Music and content from its cadre of YouTube creators.

While Scare PewDiePie is hardly on the same level as more polished fare from Netflix, Amazon or Hulu, it is true to the brand and the keydemographic. And a so-called YouTube Unplugged service has been in the works since 2012 that would package shows like The Big Bang Theory, live sports and a few popular cable TV networks. In theory, that would be a very compelling package for a generation raised on Facebook and watching videos on YouTube for free.

That’s the big bet. The traditional cable TV model is vulnerable because millennials have no allegiances. But are they willing to pay for a lighter version of something that looks ike cable TV?

Hulu recently announced it was working on a deal to package live TV at a reduced rate. The rumored pricing puts the bundle at about $40 per month. Amazon and Apple also have been in talks to bring more content to their respective smart-TV platforms at rates presumably lower than cable TV. Even cable providers have been moving to so-called skinny bundles – some as lows at $20 — that package fewer cable TV networks for a reduced cost. It’s hard to say what price the YouTube Unplugged service would fetch. But if the rumored deals pan out, the market for such offerings would be crowded with little difference and no assurance of success.

YouTube began as place to view user generated content online for free. Later forays into music and viral videos, sports highlights and user-pirated content attracted young people in staggering numbers. It’s likely these people will never buy cable TV because they never have. The concept is completely foreign to them.

Every broadcaster, online and otherwise is now betting millennials will buy something that looks a lot like cable TV. Meanwhile the investment choice out of this observation is clearer than the plots of most Youtube videos: Just own GOOG.