Sadly, Tesla owner Joshua Brown was killed last week when his vehicles collided with tractor trailer. At the time the car was being guided by Autopilot, a smart, assisted driving system. This was the first fatality of its kind.

The immediate response was shock. Despite healthy public skepticism, the idea of safer assisted and ultimately self-driving cars has been hurtling into the social consciousness for a while. The narrative is something like this shouldn’t be possible. After all, that’s what all of the gadgetry is for. Yet, by all accounts, Tesla’s four cameras and twelve ultrasound sensors failed to see an 18 wheel, 80,000 pound truck in its path. 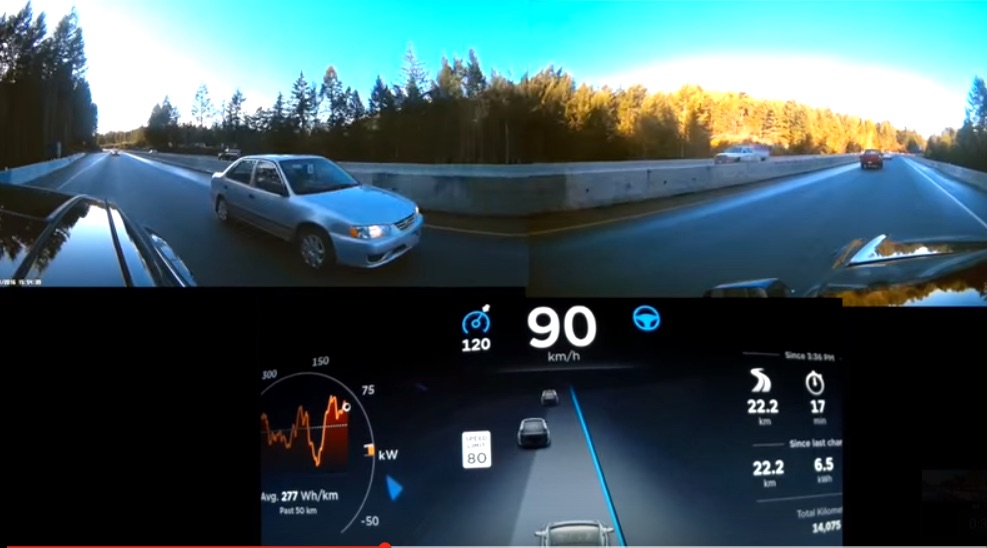 Officially, Tesla says the car’s cameras and sensors were blinded by bright light, making it impossible to distinguish the truck trailer from the color of the sky. This was complicated further by the trailers’ unusually tall ride height. So even as the truck turned left, directly in front of Brown, the Tesla continued forward at full speed as though nothing was in its path. In fact, the vehicle did not reduce speed until the roof had been torn off.

Immediately after the accident the National Highway Transportation Safety Association said it planned a full investigation and a closer look at the Autopilot software. Tesla has been careful to point out its software is a work in progress and disabled by default. It’s also not intended to be usedautonomously despite logging some 130 million miles. In its manual the company specifically states brightly lit skies, oncoming headlights, direct sunlight, rain, snow and fog are problematic for its cameras in addition to obstructions such as mud, snow and ice.

This hasn’t stopped Tesla owners from enthusiastically pushing the cars to their limit. Brown himself posted many videos to YouTube using Autopilot recklessly. And records show he obtained eight speeding tickets during the past six years.

These facts alone may help Tesla win in the court of public opinion. Convincing the NHTSA may be a different story.

Although Tesla maintains their cars are still much safe statistically than traditional cars, theauto industry has been pushing the NSTSA to slow down Tesla’s progress. While they work through endless streams of red tape to get their cars road-tested, Tesla owners have been racking up miles with what is essentially beta software.Moreover, Alphabet (GOOGL) would argue its real time laser-based LiDAR mapping technology is significantly safer than Tesla’s camera and ultrasonic set-up. The first fatality could nudge the NSHTA and the industry in that direction.

Ironically, Josh Brown’s death comes just as expedience forced most of the auto industry to fall in line with Tesla’s take on cameras and safety. A month ago Ford recently stopped working with Alphabet, citing culture issues. Three weeks ago Intel (INTC) bought a Russian software firm, Itseez to dig deeper get into space. And last week it teamed with BMW and MobileEye (MBLY), the maker of the camera and ultrasonic gear championed by Tesla, to develop integrated hardware and software.

Self-diving cars are coming. They’re inevitable. The Tesla fatality doesn’t change that. It’s a reset, a wake-up call of sorts. It brings LiDAR back into focus and should make this a competitive advantage for automakers. This is the beginning of a next stage of safer, smarter cars.