A pair of ex-Google employees believe their version of Blockchain can fix banking. That fix is long overdue.

Banking is one of the last parts of the global economy untouched by modern technology. Sure, banks are talking about nifty customer facing technology like iris scans. Some even want to let us use our smart phone sensors to log into automated teller machines. While cool, these efforts are really just lipstick on a pig. The problem is bank infrastructure. That infrastructure consists of decades-old hardware and software that is patched together like Frankenstein meets The Mummy. And it’s broken, badly.

In February cyber thieves siphoned $81 million from a Bangladesh bank using malware to hack the ancient Society of Worldwide Interbank Financial Telecommunication system. Once they had a set of SWIFT codes they simply asked that monies be rerouted from the New York Federal Reserve Bank in New York to their own accounts in Asia. It wasn’t sophisticated. And it could have been much worse: They were trying to steal $951 million.

Paul Taylor and Will Montgomery have a history of building sophisticated software. Taylor developed speech-text code at Phonetics Arts. That company was acquired by Google in 2010 and its transformative seed is still evolvingthroughout the ecosystem. Montgomery is one of the engineers who brought Adsense, Google’s commerce engine, to prominence. Together they formed Thought Machine and have been working with a team of 50 engineers for the past two years on a platform they call Vault OS. 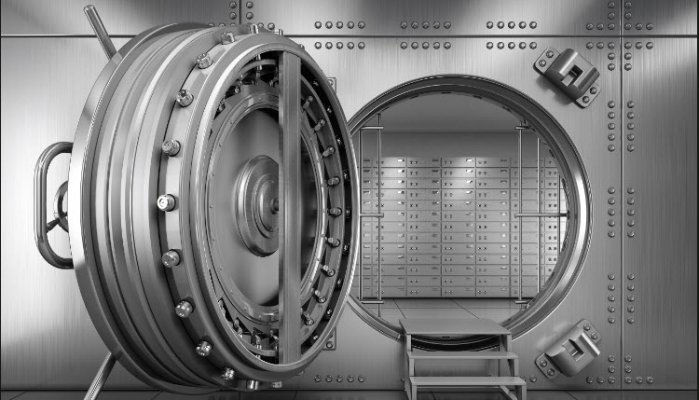 Vault aims to help banks communicate with one another with a future-proof, flexible implementation of Blockchain. The concept is simple: Blockchain is a secure open ledger system that can’t be changed. This means everyone can see what’s happening with the chain at every moment in the life of the transaction. All of those metaphorical peering eyes and cryptography should eliminate the possibility of fraud and speed-up transactions.

What makes Vault unlike a normal Blockchain is centralization. One of the key security aspects of traditional Blockchains is nobody has direct control over the chain. Instead, transactions are completed a number of unrelated computer systems. Vault OS will live inside Think Machine’s network of cloud-based servers.

While ceding responsibility is a bit of a gamble for normally risk adverse bankers, Thought Machine is offering plenty in return. In addition to keeping banks current with regulatory requirements, the company promises an end to embarrassing information technology snafus, and new functionality that lets banks offer personalized customer products.

For example, a customer could tell the software to build a loan that increases mortgage payments automatically in months where spending is otherwise reduced. Thought Machine compares this idea to Nike ID that allows customers to choose the colors and materials of their bespoke shoes.

Taylor and Montgomery know getting bankers to buy into their fix is an uphill battle. However, given the stakes, the time is right for a transition. No direct investment opportunities at this time, but we'll keep an eye out.