Like so many Internet companies, Twitter (TWTR) is now in a game it probably can’t win. So July 26, it announced a deal to live stream baseball and hockey games. It’s a Hail Mary pass.

It wasn’t supposed to be this way. From the beginning, the promise of the Internet was nimble, smart, smaller players held distinct advantages. They could react faster, build smarter products quicker. The inherent egalitarian nature of the network was supposed to give them their just rewards.

It hasn’t quite worked out that way. The biggest players just got bigger, faster. Their own network effects – the idea the network is more valuable as it grows — ultimately squashed the little guys.

With 65 million monthly active users, Twitter is one of those little guys. The social network is fighting every day to stay relevant in a world dominated by Facebook (FB) and its own 1.6 billion monthly average users . Live programming is Twitter’s desperation throw in the fourth quarter – and it’s going all in, to mix sports metaphors.

The announcement July 26 said the media firm will live stream one Major League Baseball and one National Hockey League off-market game each week in the United States, in addition to a nightly sports highlight show called The Rally. This augments earlier deals to produce live content for the National Basketball Association and to live stream 10 Thursday night National Football League games and more than 150 PAC 12 college sporting events. If you’re a fan of live sports, Twitter wants to make sure they have you covered. 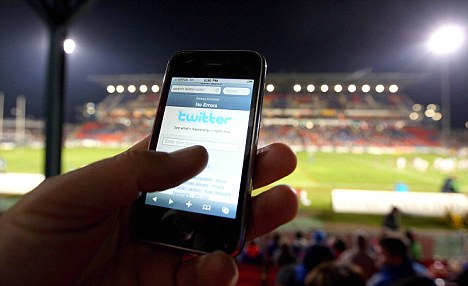 It also wants you to feel a sense of camaraderie with other online sports fans. It hopes that connection will grow its monthly average users, or MAUs, and foster greater engagement. It’s a big bet that’s not likely to pay off.

The reason Facebook is killing Twitter is its network is about connecting with people you already know, not SuperSam55 or RangersFan19. That network of friends and family is rooted in the offline world and becomes more valuable as it grows in size. You’re always going to care more about what they think of the latest bonehead Yankees trade or where they fall in the LeBron James versus Michael Jordan debate than mostly anonymous Twitter eggs. That means you’re far more likely to stay engaged.

Engagement is key. Tencent makes China’s wildly popular WeChat mobile platform. It also just bought into Supercell, one of the largest makers of online mobile games. Even the cult-like Pokemon Go! is an offspring of the Google (GOOGL) incubator system. Small app developers are fighting a losing battle with their bigger opponents. Meanwhile on the other end of the spectrum, Facebook and Google accounted for more than 68% of the digital ad spend in the first quarter of 2016, and 90% of the growth. It’s a case of the big getting even bigger, because they’re big.

Twitter has other problems too. Because the network is largely anonymous, it has a reputation for online abuse. Recently one of the stars of the new Ghostbusters film had a high-profile spat with a notorious Twitter troll – an online term for provocateur. Ultimately Twitter banned the offending member but it was not before he chased another Hollywood celebrity away from the network with a series of racist and sexist posts.

It would be comforting if smaller networks could compete in the current era dominated by network effects. Sadly, that is simply not true. Twitter may want to be the place where people congregate online to watch and talk about sports. However, history suggests people will continue to watch sports in their homes or at bars, or on the leagues’ own digital networks, and talk about it afterward on Facebook.