The future of selling cars is bleak. At least that’s what the leading car makers seem to believe because they’re furiously gobbling up alternative mobility businesses.

The latest move came in late July as Daimler AG (DDAIF), the company that owns Mercedes-Benz, bought 60% of Hailo. As the clever name suggests, Hailo is in the business of providing ride-hailing services. It operates in the U.K. and Ireland.

This idea of Mobility-as-a-Service (MaaS) is a big sea change for car makers and they have been very aggressively building out operations all over the globe. Daimler got its start in 2014 when its subsidiary Moovel acquired MyTaxi, another MaaS firm, which operates in Austria, Spain, Portugal, Poland, Germany and Sweden. The plan now is to merge Hailo with MyTaxi under the more descriptive (but less catchy) moniker and build a brand with global ambitions.

Despite the flurry of activity in the sector, Daimler is still behind. MaaS super startups Uber and Lyft have been aggressive fund-raisers and prolific colonists. Uber in particular has been setting up shop in one country after another, advancing its brand at a breakneck pace. 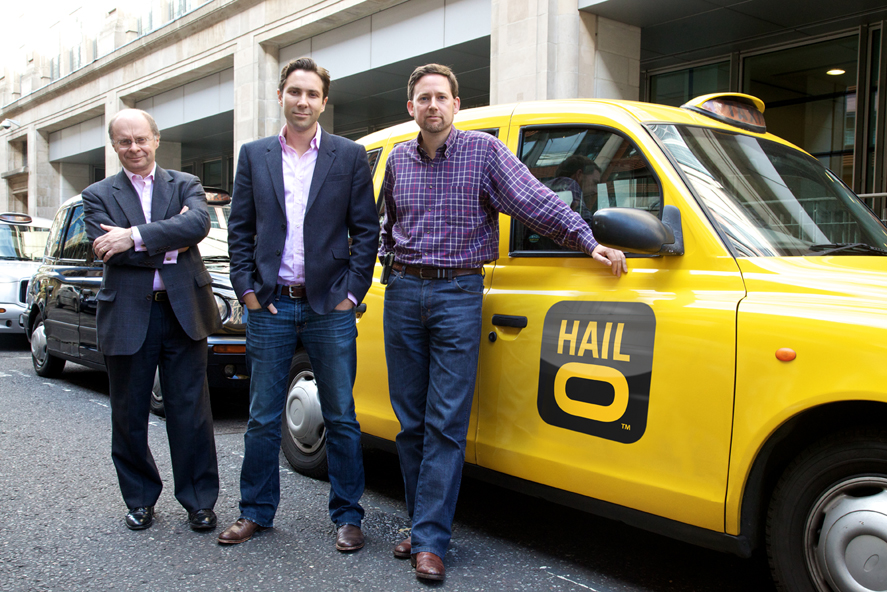 You can understand why car makers are alarmed. MaaS presents an existential crisis. As society moves from ownership to sharing, the need for cars is dramatically reduced. And for those who choose to believe that time is in the far off future, cities like San Francisco, New York, Tokyo and London offer sharp reminders of how people choose MaaS over ownership when given the opportunity. The rise and utility of Uber suggests that opportunity is coming sooner than later.

There’s a good reason for this. The car ownership proposition for most people is silly. Cars are typically driven very infrequently and sit idle for large portions of the day. They require maintenance, insurance and fuel. And that’s not even taking into account the hassle of traffic. Ride-hailing solves all of that and at a fraction of the cost.

So car companies are scrambling to gobble up mobility alternatives. Car rental services, and other MaaS operations like ride-hailing, are first and foremost a way to shift inventory. Call it Plan B in advance of the era where individuals buy fewer cars, less frequently.

So Daimler has MyTaxi. Volkswagen invested in Gett, a German MaaS firm. Toyota has a strategic arrangement with Uber. General Motors (GM) is working with Lyft. Tesla (TSLA) even has a Master Plan that involves a fleet of fully autonomous MaaS cars all over the globe that can be summoned by a smartphone application. That would be cool.

While the idea of self-driving ride-shares might seem a bit out there, keep in mind this is part of Uber’s master plan, too. It has been since the inception of the company. Removing driver compensation from the business model, at least in theory, makes the company wildly profitable.

Meanwhile car companies are stuck trying to figure out how they’ll sell cars in the future. Right now, their best guess is to own the companies that provide MaaS to ensure fleet sales. That’s not terribly innovative and that may not even be sufficient to sustain the industry.