The battle for your TV racheted up August 4 when the U.S. Copyright Office said it did not want the federal government to unlock cable TV boxes.

The fight to set TV boxes free from operators is more important that it might seem. Cable television is one of the few remaining parts of the economy where big players do as they please. With the help of lobbyists, they have cleverly carved up the country into convenient parcels where they simply do not compete with each other. And although the providers don’t produce the content, they do own the pathway into the living room: The cable boxes.

A group of Silicon Valley companies see an opportunity to disrupt their sinecure, turning the cable subscription business into customizable, scalable software. To get there they need to open up those boxes.

No wonder cable providers are fighting. Despite declining viewership and the threat of cord cutters , cable TV is still a cash cow. And it’s easy. The cable companies are not even trying to keep customers happy. They know they have nowhere else to go.Levying the monthly rental cost of a complicated black box with lousy software is just another slap in the face. For the industry it adds up to a $19.5 billion per year business. 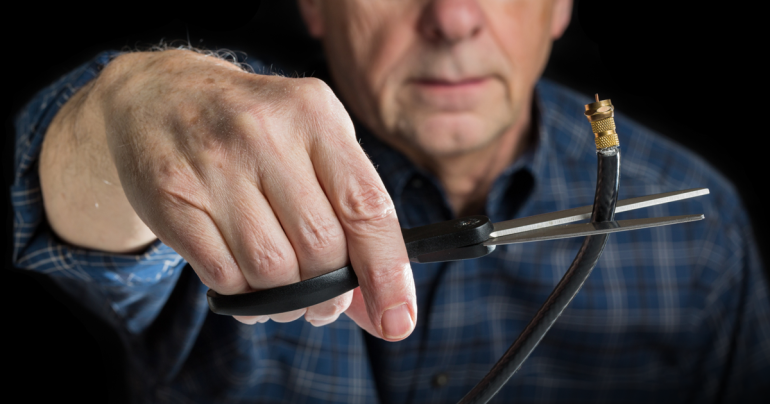 The first week of August, Apple (AAPL) said it would build a digital TV guide. That information would get packaged into a new service patrons could download as an application in one of its app stores. While it may look like a retreat from providing TV, it’s really fresh ground work. Ultimately, it will stream TV over the Internet to your phone, laptop or Apple TV. Having an app with customizable listings is the first step to Apple making it simple.

Google has been more far-reaching. It started talking about live TV over the Internet way back in the days of Google TV. That didn’t work out so well. The cable companies were even more stuck on the box ownership premise back in 2012. However, technology companies can be a persistent bunch, especially when they see an opportunity to take an entrenched business segment and shift it to their turf, software.

So Google did what big companies do when they want something. They got together with like-minded companies Netflix (NFLX), Amazon.com (AMZN) and others to form a trade group called INCOMPAS. That group successfully lobbied the Federal Communications Commission to set the guidelines for moving to an open standard for cable boxes.

Cable operators naturally have lobbyists too. The National Cable and Telecommunications Group pushed hard against the FCC’s cable box plan. Its view is that proceeding would open the possibility of piracy and tiering, the idea that third parties could circumvent exclusive viewing arrangements. It’s not a coincidence that these are the same arguments made by the US Copyright Office.

Make no mistake: cable boxes are going to be liberated from the providers. The FCC has said as much. Now it’s just a matter of when. The result will be the transformation of cable TV content into customizable, scalable and most likely portable software. You’ll be able to tell Siri, Alexa or other assistants to turn on the ball game from last night or show the Game of Thrones episode where Ned Stark gets executed. You'll probably even be able to send a friend a link to a TV episode as easily as you send a news article link today. It’s coming and there is nothing the cable companies can do about it.

Software is changing every business and in most cases, that’s a good thing. Cable providers should be made to compete for customers. They should be made to offer innovative and great user experiences. Google, Apple and Amazon.com are among the big-cap long plays, and at some point shareholders of cable operators like Comcast will at minimum stall out.