Everyone of a certain age remembers AOL (AOL) for the ubiquitous CDs the company sent out to encourage people to go online in the 1990s. And most of the news stories on Tuesday focused on the company's content, like Huffington Post or the fact that it's still selling dial-up internet access to more than 2 million people for 20 bucks a month.

But the real reason Verizon (VZ) wants AOL in a proposed $4.4 billion deal is that it's a leader in digital advertising as well as the third largest desktop video company in the United States, accounting for 35.5% of total unique viewers of online video in February, according to IBISworld data. Verizon wants to be able to distinguish itself from the commoditization of broadband and phones -- and distant itself from competitors like AT&T (which is after DirecTV (DTV)) and T-Mobile -- by beefing up its presence in the fast-growing field of mobile video and marketing.

Gaining access to mobile video users and being able to sell ad space is key. Younger people today see their mobile devices and the online video experience as one and the same. This has shifted the focus of content consumption, software development and marketing to phones -- and Verizon sees itself as increasingly marginalized if it doesn’t have a chance to put its label on the new experience.

It's a better business than the hyper-price competitive business of purely acting as a wireless carrier. Something like 97% of all U.S. consumers can choose from at least three carriers in their area. This has led to fierce discounting, so carriers like Verizon now want to shift gears and focus on mobile data consumption, mobile video services and mobile advertising.

Sarah Kahn at IBISworld points out that AOL's platforms segment is already well positioned to address cross-screen digital media advertising trends. The company offers a range of advertising technology products and services to advertisers and publishers on a bundled basis. The company said in its latest 10K that its AOL Platforms automate ad planning and buying, using technologies that match advertisers seeking to purchase advertising inventory and publishers that wish to sell the inventory.

Moreover Kahn notes that AOL's premium video platform includes the content, technology platforms and distribution channels for advertisers and publishers to access video advertisements at scale. The chatter is that VZ will quickly move to dump unwanted media assets like Huffington Post and Engadget to focus here.

It's worth noting that AOL has been in this position before, but on the opposite side of the table: When AOL merged with Time Warner back in 2000 it was playing the role of network provider buying up a media business. The promise of synergies and a vertically-integrated content production and delivery empire justified the $183 billion deal that ultimately ended in tears. The company reported a loss of $99 billion in 2002 which, at the time, was the largest loss ever reported.

The value of AOL stock went from $226 billion to about $20 billion as the aftermath of the dot-com bubble, culture clashes, and middle-management fiefdoms took their tool. AOL was ultimately spun out of Time Warner in 2009. 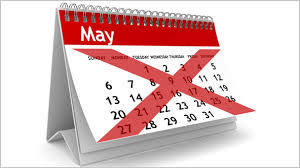