We are on the verge of a very fast rate of technological change. If you think the Internet and mobile communications have changed the world, just wait. Coming years will be even more disruptive and amazing.

When most people ponder technology they default to thoughts about compute power and its limitations. In 1965 Gordon Moore, the cofounder of Intel theorized that processing power should be capable of doubling every 18-24 months. For the next 50 years, Moore’s Law remained true. In the process many sectors like biotechnology and robotics saw remarkable innovation. Now, something even more extraordinary is about to happen: Accelerating technologies like artificial intelligence and big data will converge to set off the next major wave of change.

Kaila Colbin at Singularity University explains it this way: “A whole range of technologies are starting to reach the infection point along the doubling curve where they go from disillusionment to chaos to amazement. When an exponential progression in artificial intelligence meets an exponential progression in big data they start to progress even faster and build on each other.”

In 1990, a group of scientists began the process of decoding the human genome. That project would take 13 years and cost $2.7 billion. Often called the Book of Life, deciphering the genome would not have been possible without massive amounts of compute power and custom software. As the prices of computing has declined, researchers have pushed the science further with the gene-editing technique called CRISPR. Big data analysis will take it even further. The future holds the promise of custom, precision medicine treatments based on our unique genetics. 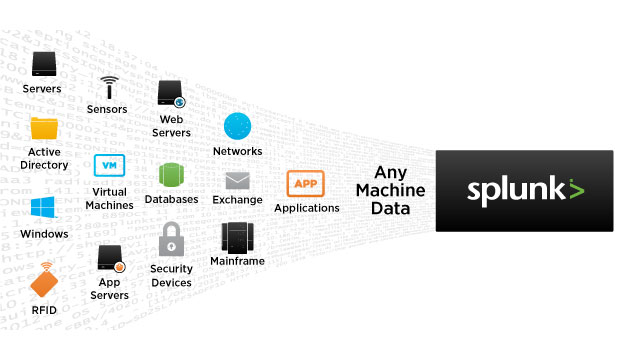 Recently, I recommended Splunk (SPLK) on a pullback to the $61 level. The weak overall market and an in-line earnings Thursday pushed the stock down to that level. Critical analysts complained that the company did not raise estimates for next quarter by enough above the consensus. In my view that was small potatoes next to the meat of the report: Second-quarter sales were up 43% and licensing revenue was up 32%. Splunk is one of the rare elite growth stocks. Learn more in the upbeat conference call posted here.

Commerce is changing. It’s a new world where big data and artificial intelligence drives product development and marketing. Splunk is still the best positioned software firm to capitalize from that migration with the best cloud partnerships. Keep holding for my $90 target and set a stop at $49, effective pm;u after 10:30 am ET on any given day.